We share our research findings and investment insights on high-growth companies,

4 High-Growth Tech Stocks Bounced Back After Earnings Results. Here’s What It Means For You Right Now. 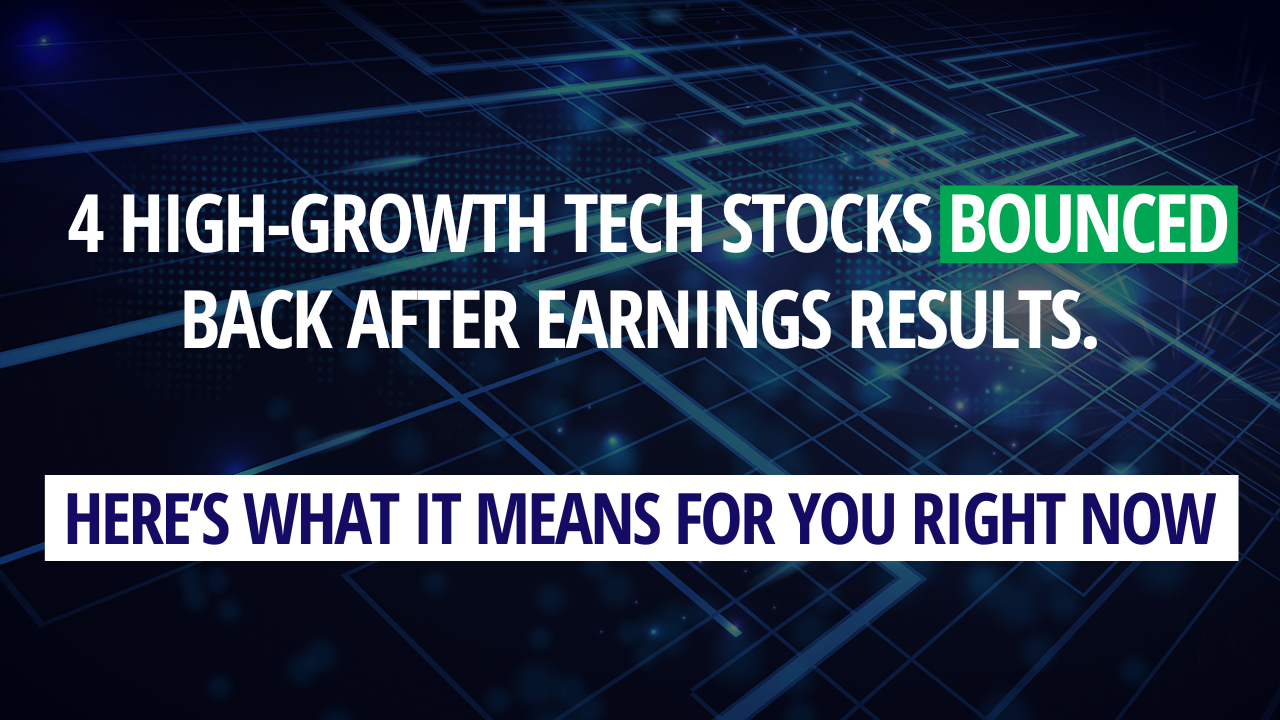 Last week was an important week for investors.

As I shared in my previous article, companies like Alphabet, Microsoft, Meta Platforms, Amazon, and Apple have the power to influence the S&P 500 because they carry big weightage in the index. Click here to understand the weightage.

With the exception of Meta Platforms, the rest of the companies bounced off after reporting their respective results.

The stock price of Amazon.com rose on 29 July 2022, a day after it reported its quarter two results. All three segments of North America, International, and AWS slowed down.

For Microsoft, its revenue and operating profit grew by 12% and 8% respectively.

For Apple, its revenue grew by 2% and operating profit fell by 4%.

In an environment of economic uncertainty, you would agree that these are not great but decent results.

Why did their stock prices rise then?

It’s all about expectations.

The fear of an earnings recession was so prevalent that many investors’ expectations of these companies were lowered drastically. The simple fact of performing better than their worst expectations was enough to create a bounce. I can’t help but feel sorry about how certain news outlets are pushing pile after pile of bad news to manipulate investors.

In short, things are already priced in before last week.

The odds of this rally becoming a real market recovery (not a bear rally) is higher. S&P 500 did not make any new lows since 47 days ago.

Insights from Earnings Calls of Banks and Payment Gateways

To understand our economy better, it’s imperative for us to understand what CEOs of banks and payment gateways are seeing. They have a bird’s eye view of the economy by seeing how people are spending their money, bank balances, and defaults on payments.

Here are some key takeaways:

In summary, yes, inflation is present and we are living in economic uncertainty. Based on the technical definition, the USA economy is already in a recession. But other aspects of the economy such as the jobs market and spending are robust.

While many newscasters are announcing very bad scenarios for the economy, CEOs of multi-billion dollar companies are stating our situation is not that bad at all.

Who do you trust? Someone who reads from the teleprompter or someone who oversees thousands of people and billions of dollars?

Here is the growth in inflation in 2022 (year-on-year basis):

From Q1 to Q2, despite rising inflation, top companies in S&P 500 still managed to report sequential growth. A notable mention is Alphabet. It earns most of its revenue from digital advertising. During bad times, such spendings are likely to be cut. Nonetheless, Alphabet still grew from Q1 to Q2.

This gives me confidence that the S&P 500 index is poised for further gains and that many stocks will recover along with it.

Fortune favours the patient. Every market correction will eventually come to an end.

With the stock market still in a rough spot, many investors are too nervous to invest in the market right now. While some companies may not survive at all, there are others which are already performing better and are likely to thrive in the future.

The important thing is to invest in great companies with strong fundamentals. If you’re interested to know which companies are worth investing in, I’ll be holding a foundation class for a LIMITED time only to share how you can identify the best stocks that are currently undervalued so you can get maximum returns during the rebound! Such opportunities don't come often, so click on the link here to sign up!

Want To Get Access To Valuable Super Stocks Tips?

We'll only send the good stuff to your inbox.

You're safe with me. I'll never spam you or sell your contact info.

Where Should We Send The Link to the Free Training?

BONUS: Register & Get Exclusive Access To Growth Investing Tips Delivered Straight To You For FREE!